From Cutting To Bleeding Edge: Blockchain & Proptech in 2018

From Cutting To Bleeding Edge: Blockchain & Proptech in 2018

A huge amount of progress has been made within the property sector over the last few years through the utilisation of Blockchain technology. Below are some examples of what my research would suggest are the most disruptive projects thus far utilising solutions based on blockchain technology. I have not looked into each project in technical detail but will hopefully succeed in encapsulating the market as it stands currently for the uninitiated.

Seemingly making huge waves at the moment are Clicktopurchase, a company who have developed and released their own Blockchain.

“A verified bidder is able to submit an offer on behalf of a buyer, this generating an electronic offer with a legally binding electronic signature. If the offer is accepted, by the agent, solicitor or seller operating the dashboard, a second electronic signature is added and an instant online exchange of a property contract occurs.”

This is a staggering PR coup for the company. One of Blockchain’s perceived weaknesses is trust or at least public distrust for what can sometimes be seen to be a ‘shady’ industry. If people are seen to be successfully utilising the platform and it is providing benefits then I would estimate a bright future for the company.

In the US,  there is Velox.re, a company who have produced the “first ever legal blockchain deed software and procedural protocol.” Back in 2016, they worked with Cook County (Chicago, Il.) to digitally track the movement of property titles through the swapping of tokens, the details of which would be stored on the Blockchain.

“velox.RE is the most accomplished blockchain real estate team, building on the most robust blockchain, Bitcoin.”

Property Transactions Secured Through Blockchain
Propy allows buyers, sellers, brokers, and escrow/title agents/notaries to come together through the utilization of a suite of smart contracts on blockchain to facilitate transactions.

HiP uses blockchain to run a decentralised trading exchange between those who contribute asset portfolios, liquidity, finance products and property services. There is £4.8 trillion of wealth locked up in the UK property market alone. HiP allows everyone access to this. The world’s first real-time debt and equity marketplace, HiP will begin in the UK before rolling out globally.

Scanning the news of the last year, it is clear that the Blockchain is making waves in the renting and letting markets here in the UK and across the pond but I would not have called this movement a seismic shift in the movement to Blockchain from traditional methods. We are seeing inroads and in this state of flux it is the perfect time for innovative businesses to exploit the space.

Another, The Collective, a co-working space in London also now allows their tenants to pay rent and deposits in bitcoin.

I am a believer in Blockchain in terms of what can potentially be achieved by utilising it to help combat international issues such as poverty and educational imbalances, but am also acutely aware of the ambivalent nature of the Blockchain market at times. I have been very careful with my examples, only mentioning projects which have actually realised any real-life success. For every successful Blockchain project, there will be significantly more failures.

The further you dig into speculative Blockchain projects, the more impressive ideas potentially become. MHub is a good example of this, based in Malaysia, MHub utilises the NEM Blockchain and is intended to be built upon an existing transaction platform.

The system will allow real-time access to properties, credit checking, loans/mortgages initially and then will expand to include tenancy management, smart contracts and a real-estate trading board. Essentially, this platform intends to do everything and render the other examples cited in this article basically obsolete.

With each Blockchain there seems to be another example of a property solution being touted. A quick look at Ethereum highlights etherty.com, an ETH based token which will deliver everything listed for MHub plus advertising and promotion of properties.

One final example is REXMLS, they intend to create a Multiple Listing Service (MLS) which will provide a marketplace for agents and consumers again based on the ETH Blockchain. It will provide listings, sponsorships, data exchange and advertising.

I owe my colleagues on Reddit for letting me know about Relex. Currently in Beta, Relex want to be the world’s first real estate cryptocurrency as in again built on ETH by the looks of things.  “We are pioneering in providing an investment gateway for the world’s first blockchain-based real estate pre-IPO onto the New York Stock Exchange, and in so doing provide greater access to investment benefits previously only available to institutional investors.” The specific way in which Relex is apparently being built lends itself to the development market and promised to make investments increasingly liquid.

The right tech, the right team, a working solution

I actively keep up with innovation and progress in the Blockchain community, mainly because I have some fairly idealistic views on how it can be used to spread trust, financial equality and stability throughout the world. That being said, the reality of how Blockchain will revolutionise the property industry is clearly up in the air. The initial steps have been taken with regards to document transaction and payments but we are a distance away from the all-encompassing solution which many seem to be working towards.

There are a number of variables, which I have not mentioned as yet, that must be considered when considering how successful a working Blockchain solution may be in terms of disrupting the property market and becoming ubiquitous. Firstly the nature of the existing property market, then the ability of Blockchain teams to deliver their promises and then for their marketing teams to translate the agency provided by their solution to an unaware market in a way which implies trust, efficiency and ROI.

To conclude, in 2018 blockchain projects have made tentative but important initial forays into established property practice by showing that they can fulfil essential parts of the property industry.

You may have noticed that I have not mentioned tokenisation as yet. This is due to the fact that in my opinion it presents perhaps the single most potentially disruptive and even damaging opportunity for the property industry. Co-founder of Ethereum Capital, a property investment trust focusing on the Latin American market, Yuri Sapozhnikov believes that “The crypto market is ready for an asset-backed token by utilizing a traditional investment vehicle to diversify their crypto wealth.”

Would a completely tokenised property market cause potential instability? Of course it would.

Professor Andre Baum states, “It is not obvious that everyone wants a more liquid real estate market. If real estate traded more like a stock or a bond, prices might rise due to increased liquidity, but equally, they might fall because of greater volatility and risks. The global banking system has survived over the last decade because it has not been forced to mark property assets to market.”

He goes further to say, “If you accept the argument that Blockchain will be as big as the internet all over again, ask yourself how much the internet changed liquidity in property markets. Perhaps a bit, but nothing seismic.”

So this for me outlines what is and will be a key factor in how far blockchain will disrupt PropTech: protectionism. Sure, blockchain spreads trust and could provide international investment into what have been highly difficult markets to access but firstly, who controls those blockchains, are they decentralised? How happy would landowners be to completely tokenise their stock?

There are questions here that deserve their own piece and are really outside of the scope of this article. If someone asked me how disruptive blockchain will be within the PropTech industry in the next 5 years, I would say this:

Where blockchain improves ROI, trust and speed of purchase it will completely disrupt and become ubiquitous within the industry. Where individual investors/stakeholders with interests in protectionism and real power to block, or simply not go along with, innovation are involved, it will simply stall. Change is slow in the property industry and the things that have caused it to move slowly in the past will continue to do so in the future. 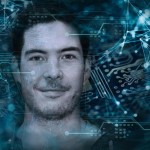 Matt is our in-house SEO specialist. He has an impressive track record of improving client's fortunes online both in the UK and internationally and is also active in the blockchain technology community. In his spare time, Matt looks after his young family, helps Compassion In World Farming with their SEO, practices Tai Chi and explores the countryside on his racing bike.


Get in Touch With Matt Atkinson

Our Pick Of The Best Blockchain Events 2019

The Month In Blockchain: The Best Blockchain Articles of July 2018