AI and Automation: The Future of Design Jobs

AI and Automation: The Future of Design Jobs

The potential change that AI and automation could bring to the design industry and jobs brings just as much excitement as it does raise concerning questions about the future of graphic design related jobs.

Will AI and automation take over design jobs?

According to WillRobotsTakeMyJob – there is an 8.2% chance that automation will take over graphic design jobs; suggesting that design-related jobs are relatively safe.

According to the BBC’s ‘Will a robot take your job?’ calculator-like platform, it’s quite unlikely, suggesting a 5% chance this could happen.

Even with such low figures, and the suggestion that there should be no concern, over recent years, as a graphic designer working in the world of design and technology, I have found myself feeling uncertain and unsettled about the future of my career as a designer. What will my job role entail in the world of design and tech in the next 10 – 15 years? With the increased development of A.I and automation in the design industry, the chances are that things will change.

Which Design Skills Could Be Automated?

Typically, a designer’s job involves interpreting ideas visually and creating unstructured information. Job roles in design require employees to think on their feet, coming up with original and creative ideas and solutions. This suggests that design jobs have an advantage when faced with AI and automation – these are human skills that a machine simply isn’t capable of. However, there is still a level of structured processes and pre-set rules involved in certain design roles that do not require original thought and could be automated. Perhaps it’s a matter of collaboration with AI, rather than being replaced with it.

To get an idea about which design jobs could die out over the next 15 years and which ones could grow from the impact of AI and automation in the design industry, I looked at a study conducted by Co.Design. A dozen design influencers were interviewed, from companies such as Frog, Artefact, and Ideo, which kind of suggests that the results are not based on ‘’empirical evidence’’. Nonetheless, they are informed opinions from influencers who are paid to think about the future.

Design Jobs that could die out:

Design Jobs that could grow:

The results add to the notion that the change that AI and automation will bring to the design industry should be viewed as a positive opportunity for designers. Jordan Fisher (a creative director at rehabstudio) says:

“I believe that AI will help the design industry clarify the boundary between creative and production work. If a computer can resize an advert into 50 formats, the designer is freer to focus on the look and feel of the next campaign. Good for the designer and the company.”

Though I’m not certain about what my day-to-day role as a designer will involve in the next 10 – 15 years with the growth of A.I and automation in the design industry, I embrace the idea that, as designers, we can develop with the future changes that A.I will bring and the positive impact it will have on the design industry and our day-to-day jobs. As Yury Vetrov (who leads a team comprising UX and visual designers at one of the largest Russian Internet companies, Mail.Ru Group, and has been following the idea of algorithm-driven design for several years now) puts it: “now is the time to rethink the modern role of the designer.” 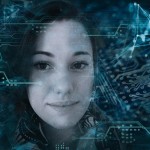 Denika is Head of Design at TDMB. Passionate about design, visual language, and detail, she is constantly researching for new innovative ways to push the boundaries of design and cultural perception, and to introduce new evolving technology sectors/concepts through visual language and communication. . She loves all things design, tech and creative but particularly enjoys working with branding solutions and visual brand identity, along with visualising complex data through informative infographics. She enjoys finding new and strategic creative solutions for complex problems through design and visual language.


Get in Touch With Denika Adams

The Question Of Autonomous Vehicles and Morality

Our Pick Of The Best Robotics and Artificial Intelligence Events 2019